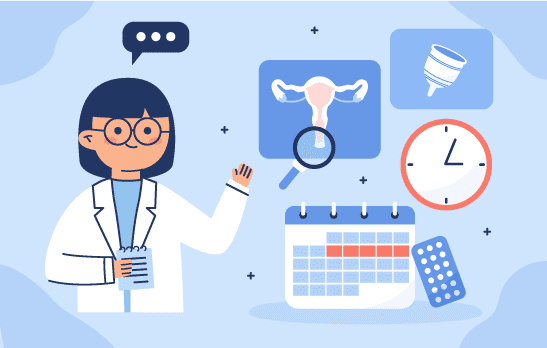 Polycystic Ovarian Syndrome (PCOS) has now become a common disorder worldwide causing infertility in women of childbearing age. The infertility rates are rising at an alarming rate with every 1 out of 10 women being detected with PCOS. As the name suggests, PCOS is the formation of many small cysts or one large cyst in the ovaries because of which the formation and release of an egg during the menstrual cycle for ovulation is affected.

In PCOS the amount of the male reproductive hormone, androgen increases abnormally surpassing the amount of estrogen, the female reproductive hormone, which causes a hormonal imbalance in the ovaries. The ovaries, under normal circumstances, release an egg for maturation as a part of the regular menstrual cycle, but with the hormonal imbalance and PCOS, the egg may not be developed or released as it should have given rise to delayed periods, unable to get pregnant and may even lead to infertility.

While there cannot be one particular reason as to why and how PCOS occurs, as the symptoms differ from woman to woman, sudden weight fluctuations remain a factor observed in women detected with PCOS. Some women showed sudden weight gain leading to obesity while others reported sudden and unexplainable weight loss. Obesity is one of the major risk factors that may cause PCOS and vice versa.

PCOS when detected early can be treated with proper medication and supplements to rectify the error in hormonal imbalance and other underlying factors to reverse the symptoms, although certain lifestyle modifications should be made to fasten the reversal process.

What are the indicators of PCOS?

PCOS can be detected at home by looking out for the following characteristics. These are the most common indicators of PCOS which can be further diagnosed by consulting a gynecologist.

The exact cause of PCOS is not known yet, as it differs from woman to woman but the following reasons might be a contributing factor:

What are the symptoms of PCOS?

PCOS shows very few noticeable symptoms which need urgent attention and can be reversed with slight modifications in lifestyle. The symptoms of PCOS are:

What are the risk factors of PCOS?

PCOS can give rise to a number of other ailments if not detected and treated in time. PCOS associated with obesity possesses a greater threat of developing the following disorders:

How to deal with PCOS?

Women having PCOS can easily reverse the symptoms to some extent by making the following changes in their routine life:

AFD Pharma’s LYBER – PCO is the best PCOS supplement to ease the pain and suffering of women struggling with PCOS, improves hormonal balance and helps deal with PCOS symptoms. It improves the menstrual health and reproductive health of women. LYBER – PCO contains the apt 40:1 Myo and D-chiro inositol ratio which is the best combination for treating women suffering from PCOS. It helps improve the oocyte quality, oocyte maturation and maintains a healthy hormonal balance.